Adam Rowland here again for the third and final time in 2013.

For those with a penchant for numbers, we’re 90% of the way through this year’s April Write. For those with a predilection for words – which I dare say is all of you – then this day is for you!

Today’s theme is all about language, and I have titled my piece ‘Lexicon’.

A lexicon comprises all a language’s words, and is used together with a language’s grammatical rules; together, the lexicon and grammar comprise the language.

Language is very important to me, as I am sure it is to you. You can bend it, shape it, even beat it up and it will still bend to your every future whim. It can make people laugh, cry; it can even incite violence and start wars. It is all powerful – and potentially very dangerous.

Please feel free to explore this theme in any way that is meaningful to you.

I look forward to reading your respective – and respectable – pieces. 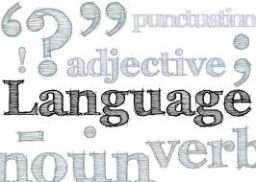 And antipodean greetings once more!

We are almost half way through this year’s April Write and I hope that you, like me, have been enjoying the journey thus far.

The topic for today is “ungulates” … Just kidding!

No, the real topic for today is: “The Three R’s” or: “Reading, writing and arithmetic”. 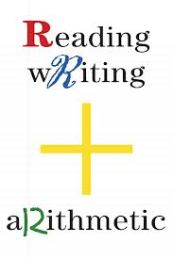 Please see below for a piece from me on this topic – please feel free to use it as possible inspiration, or use anything else that may pique your interest along these lines.

You may wish to explore education policy in your country; or perhaps the divide between educational attainment of different demographic groups within your neighbourhood, country or further afield. Perhaps exploring the linkage between education and other life outcomes, such as criminality, relative wealth/poverty etc is more your cup of tea. Or the counting of how many leaves of tea are required for a decent cuppa (that’s related to arithmetic, after all…!)…

Best of luck, and I look forward to reading your pieces.

Today is centred on a quote from Jean-Paul Sartre’s ‘Nausea’.  So, read the quote below and bring forth whatever it inspires in you.

The Topic for today is: “And now it has started blossoming.”

“Something has happened to me:  I can’t doubt that any more. It came as an illness does, not like an ordinary certainty, not like anything obvious. It installed itself cunningly, little by little; I felt a little strange, a little awkward, and that was all. Once it was established, it didn’t move any more, it lay low and I was able to persuade myself that there was nothing wrong with me, that it was a false alarm. And now it has started blossoming.”  ~ from Jean-Paul Sartre’s ‘Nausea’

You have a choice in how you tackle this, either use the Topic as your title or follow the general feel of the piece and what it brings forth.  Whatever you choose, please enjoy the process.

Much Love to you ALL and many thanks to Adam Rowland for finding this quote.  ~ Marina.

And greetings from the antipodes!

For those of you who do not know me, I am Adam and I have been involved with The April Write for a number of years now. I am pleased to virtually meet you all. I live in Australia’s national capital, Canberra.

That oft scoffed repository of human information, Wikipedia, introduces us to ungulates as being:
‘a diverse group of large mammals, most of which use the tips of their toes, usually hoofed, to sustain their whole body weight while moving. The term means, roughly, “being hoofed” or “hoofed animal”.’

Animals most often associated as being ungulates include horses, rhinoceroses, camels, hippopotamuses and deer. However, you may be surprised to learn, as I was, that ungulates are widely accepted to include such animals as sperm whales, narwhals and porpoises. I implore you to explore for further information: http://en.wikipedia.org/wiki/Ungulate.

You are free to explore this theme in any way you wish. For example, the following questions may release the tap on some creative juices:
– If a camel is really a horse created by a committee, then what is a narwhal?
– Why does a tapir look so funny?
– Why is an elephant’s skin so thick – is it because of a need to repel heinous insults?
– When asked to think of an ungulate, how come most people would only think of examples such as deer, elephants etc and would rarely, if ever, include dolphins, porpoises etc in their response?
– And given this preceding question, to what extent does popular convention dictate reality? For example, when is an ungulate not an ungulate?

You may wish to explore a light-hearted version of this theme, or ponder it as more of an existential quandary.

I will be writing a piece based on this theme and posting it a little later today.

I look forward to reading your pieces. 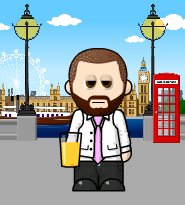