My view is that multiculturalism is very much alive and that it is strength for our societies. I have written and spoken on this topic over a long period of time and contributed to the book ‘Defending Multiculturalism’.

The topic for today is ‘identity and culture’

You might want to explore whether they are they an asset or a hindrance to your progression or what aspects of them are important to you and what they mean to you.

Zita is a poet & spoken word artist, a visual artist, a community, trade union and human rights activist and a mother. Zita is an award winning poet and artist and has directed poetry performance for theatre, performed on radio and tv and facilitated poetry writing and performance workshops.

Zita is elected to the National Executive Committee of the Public and Commercial Services Union, the Trades Union Congress Race Relations Committee and the National Executive Council of Action for Southern Africa (successor organisation to the Anti Apartheid Movement). She is the co-founder and national co-chair of Black Activists Rising Against Cuts (BARAC) uk, a campaign group set up to respond to the disproportionate impact of cuts on black workers, service users and communities and deprived communities.

Zita is a writer and guest contributor to a number of publications and regularly contributes as a writer to the Voice Newspaper, a national newspaper for the black community in the UK. In 2012 Zita beat thousands to win the Positive Role Model for Race Award at the National Diversity Awards.

Zita works for equality, freedom, justice and democracy through her work as a poet, artist, writer and activist.

The theme for today is ‘Whilst the rich grow richer, the poor die’

Zita wrote this poem and made the video to support the campaign for justice by South African gold miners who are seeking compensation for silicosis, a lung disease caused by working in the mines. When they are too ill too work their entire families suffer. She was struck by the increasing number of pawn shops and cash for gold initiatives growing in the UK – gold so sought after by many, rich and poor is now being exchanged for cash by the poorest in the UK who are being driven into deeper poverty every day through the Con-Dem coalition’s austerity measures whilst the country is run by a government Cabinet of millionaires. Whilst companies profit from melting down the gold through the misfortune and poverty suffered in the West no thought is spared for the miners and their families dying of poverty to mine the gold.

You are free to interpret the theme any way you want to – it doesn’t have to be on the topic of South African miners or on deepening poverty in the UK but you may wish to explore the theme of rich and poor divide and the effects of poverty. ~ Marina

Today you will experience the first one of our visual prompts
so with little more to say as the selection of images you are about to see speak loudly for themselves.

I have the pleasure of introducing you to our Guest Host for Day 4 – Zita Holbourne.

Sit back, relax and be inspired. 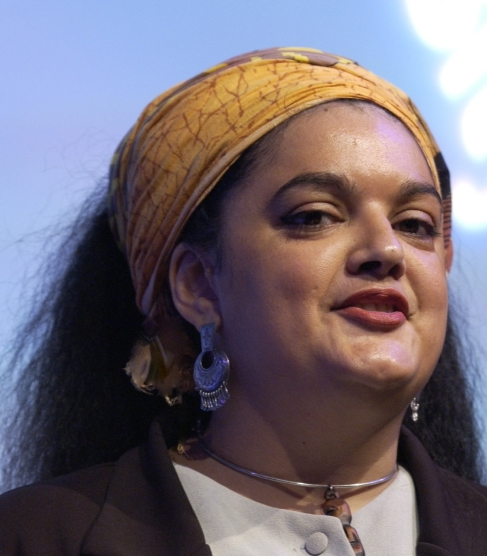 Welcome to Day 6 of the April Write 2012 – the Poets Jubilee Olympiad.

Today, I’m most honoured to introduce Guest Host, Zita Holbourne, with her visual and audio inspiration.

Please WATCH the video (link below), to hear Zita recite her poem and see her painting, which I hope will inspire your creativity today.

For the start of our new 5 day Olympic week, we move into WATER events and our first  Vent Friday.

Vent Friday’s are where you can write on what you are most passionate or angry about, to swim and dive into your deepest emotional depths.

As it’s a Vent Friday, please share your personal experiences or your thoughts and opinions on the subject of “Injustice and Racism”.